There is something to be said about the way news travels in the small islands. I never realized how grateful I would be for that until one week ago. Over the last two years, I have heard many stories, but the one thing no one knew is the consistency in the stories and the main link – the black widow. You know…. the ones that do not usually kill their mates, but have been known to do so. They create a sense of security and the male can sometimes live in the web of a female for a while without being harmed and suddenly, out of the blue, the male is no more.

I am going to tell a story. The story you are about to read is mine. It is based on what I’ve heard over the past two years. It is quite a long story, so I’ll relate it in stages. It is my story, and it is my truth. The one thing about this story, is that over the last two years, I have been forced to remember that:

Rumour is what people say you are. Reputation is who people think you are. Character is who you really are when no one is around.

And with that being said, here is my story

Part 1. RUMOUR is what people say you are

Recently, I’ve been told that I am strong. I don’t want to be strong right now. I want to grieve the lost of my dad and my two brothers, but I have no choice but to be strong. My life right now feels like I’m playing a role. I am not the main character, but somehow, my role has developed into a significant one. I have come to accept that my role may be that of the voice of my murdered brother.

Murdered – for what, I do not yet know, but I intend to find out. I do not seek revenge, I’m not even sure that I seek justice, I have a lack of faith, not in the justice system, but in the ability of the one available to resolve this matter. And with all due respect, I speak not on the competencies or lack thereof of those who are tasked with resolving this; they can only do so much. I refer to the lack of systems in place to adequately deal with the matter at hand – COLD BLOODED MURDER; perhaps even premeditated.

So, when I speak, I speak with the intention to make my brother’s life matter. I speak and I write so that whether it is rumour, reputation or character, what happened when no one was around; will come out.

When Marsha disappeared 2 years ago, I was the one who realized and brought it to everyone’s attention. It so happened, that I was in Dominica in the month of November 2012 to bury my grandpa. It was a major shock to me because 2 years prior, I lost my my grandma the same way – suddenly. So, on the day of my grandpa’s funeral, I realized that my brother Marsha wasn’t there. I kept inquiring about his whereabouts, and no one knew. I found it strange. To understand the why is to understand the relationship we had with our grandparents. They raised us – they were more our parents than anything else. And neither I, my elder brother Papa, nor Marsha would ever, under any circumstances, miss their funeral. Never, EVER!  And I knew the bond he had with my grandpa, and so I started asking questions during the funeral service and after.

And I knew that something had happened to him when I asked his then girlfriend the person who would knows more about his whereabouts than anyone else. Her story gave me cause for concern. I won’t discuss it as yet, but all I can say, is that from this moment on, I kept begging and pleading with them, mainly my older brother, to contact the police. No one wanted too. They were all afraid. They kept thinking that he went on some “scene” (a secret mission) and didn’t want the story out there.

However, I did not believe that because of two things 1) he would never miss grandpas’s funeral if he was “here” and 2) what his girlfriend said meant that his disappearance was out of character.

Who knows why i was so adamant that something evil had befallen my brother. it is perhaps due to my active imagination, my constant reruns of Fatal Vow, the First 48, Unsolved Mysteries. Whatever the case, my instincts and most definitely, my common sense took over.

Up to this day, with so many stories, with so many references, with so many phone calls about him, I try to not believe the rumours. I had my doubts, I had my realizations, I had my coincidences, I had my ideas – but I had no evidence, no proof, nothing to collaborate these stories which I was being fed. All I know, is that I had nothing, until one week ago when all the stories came full circle.

I was told over the years that they were scared. I can’t speak to the fear which they spoke about because that is not my life. I am not of this world that they describe. However, our worlds were interconnected. I honestly felt like I knew something bad had happened. I can’t explain it, but I knew. And so, I kept prodding and pushing. I remember my last day at the airport. I cried and I cried. My older brother kept telling me that Marsha, or Chronic as he was called, will be back. He didn’t know…he didn’t know. (And neither did I know then, that this would have been my last moments with my older brother). I kept saying “please call the cops, please – it’s bad, he’d never miss daddy’s funeral.” But he was reluctant to do so.

As time passed, I was constantly pushing him to do so. My mom was also concerned and kept calling the authorities in an attempt to get answers and an investigation started – there was never any word,  nothing to report – nothing. To this day, I do not understand how someone can vanish off the face of the earth and the police weren’t doing anything – to my knowledge. Or that, the people who so love him were not concerned, were not particularly worried, they just moved on.

I constantly tried to get involved. I contacted a few police departments in the Caribbean. I browsed the Caribbean islands news site… I did whatever I could to figure things out. I posted his picture on Facebook…and it is in doing so, that the stories kept coming. And even to this day, they keep coming. I’ve heard many versions…and the dominant fact was that it was a set up. Marsha was murdered and set up by someone whom he trusted and loved.

And so, exactly one week ago, the phone calls, the WhatsApp messages, the Facebook rumours, or are they, came to me full force. All the stories, every single reference made flooded my memory. And even then, in the surrealness of the moment, the one consistency was still present. And yet, I am not one to believe stories without much evidence, but with the truth with front of me, and this link, I am forced to ask, was he murdered by the black widow?

So as I write this intro to part one, I say:

Here it is – RUMOUR vs FACT.

I do not know 100%  who murdered my brother, until the evidence proves so, but I may have inadvertently discovered the reason. I have discovered the who, now I’m trying to make sense of the rumours and determine the why.

The only fact is that MARSHA WAS MURDERED….and I intend to write his story from my point of view. 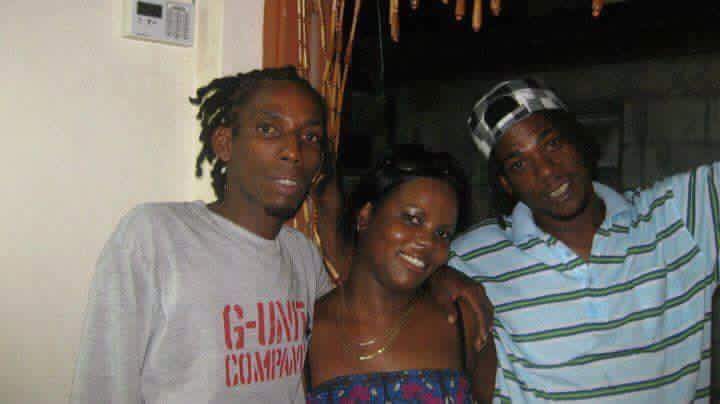 WORD to the wise: Beyonce has hot sauce in her bag… I have it in my words…and we all know where it was poured… I know, you know, many people know.

You will rest in peace bro, even if I spend all my time writing your story…your MURDER won’t just go down as one to be forgotten. I will never make them forget.

I will make them remember you, and remember that when they came for you…you had already prepared me for this journey, this battle.

And then they came for me, and I will be prepared and I will speak to my God and ask him and pray to him and I’ll continue to say:

“Dear God, Bless her conscience and the vaseline she uses to ease it”